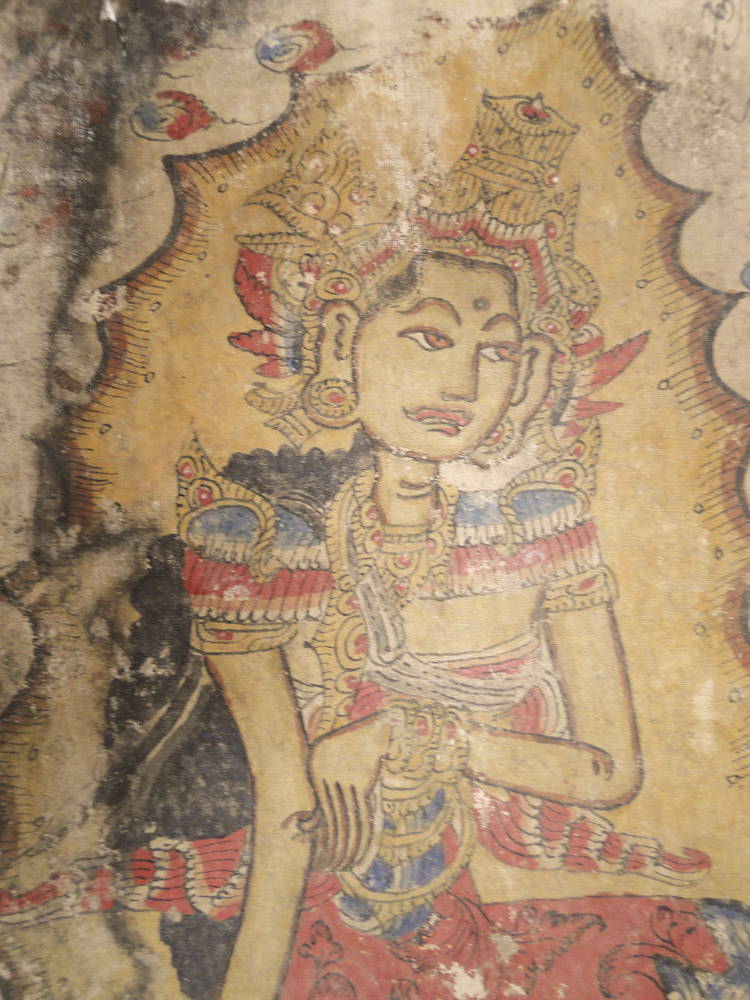 Framed fragments of a Palindon Calendar

Palindon are 12-month calendars depicting the 12 months and the deity associated with that month. The painted scenes for each month illustrate the written predictions.

The style is characteristic of the Kamasan artists in the late 1800s and early 1900s in Balinese villages like Ubud.

Estimated to be from the late 1800s